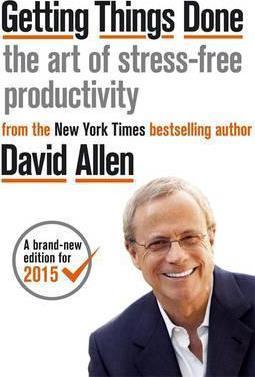 Getting Things Done (GTD) is a personal productivity system developed by David Allen and published in a book of the same name. GTD is described as a time management system. Allen states "there is an inverse relationship between things on your mind and those things getting done".The GTD method rests on the idea of moving all items of interest, relevant information, issues, tasks and projects out of one's mind by recording them externally and then breaking them into actionable work items with known time limits. This allows one's attention to focus on taking action on each task listed in an external record, instead of recalling them intuitively.First published in 2001, a revised edition of the book was released in 2015 to reflect the changes in information technology during the preceding decade.